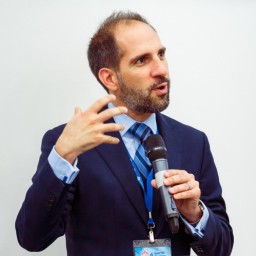 On Thursday, November 28, I’ll be at the School of Geography and the Environment at the University of Oxford, where I’ll make a guest appearance in the “Northlands: Peoples and Politics” undergraduate course convened by Dr Richard Powell and Professor Judy Pallot.

Dr Powell plans to discuss the economic geography of the Arctic in the first part of Thursday’s lecture, and he’s offered the second part to me to speak about fiscal issues and devolution in Nunavut and Greenland.  I’ll be drawing from my forthcoming Northern Public Affairs paper, “Political vision and fiscal reality in Canada’s North.”

My intention is to help Dr Powell’s students understand one fundamental fact about Nunavut’s economic geography — it’s fiscal and economic dependence on southern Canada.  I’ll also stress that the vision of eventual self-reliance that both Canada and Nunavut share is not matched by the actual fiscal mechanisms in place to achieve it.  Greenland’s self-government arrangement with Denmark will provide some useful comparisons and contrasts, both politically and fiscally.

After the lecture, Dr Powell has invited me to take questions at an open research session with his graduate students.  It’s a real honour, and I’m looking forward to it.